#The Era of UBM Sinoexpo

#The Era of Sinoexpo Informa Markets

The Era of UBM Sinoexpo: Sustainable growth；Synergy of both online & offline

Introduced to China by UBM, the Health Ingredients & Food. Ingredients Asia China kicked off at the SECEC Shanghai. It was held simultaneously with the FIC. which was cohosted by the China Food Additives & Ingredients Association and CCPIT Sub Council of Light industry

The Guangzhou Office of UBM Sinoexpo was officially established on October 8.1999.

CPhI China was introduced to China by UBM.CCCMHPIE and UBM Sinoexpo. The first exhibition was held at the Intex Shanghai, with an exhibition area of 6,200 sqm and 193 exhibitors participating

Furniture China kicked off in SNIEC with new brand image

Beijing Branch office was established on January 22,2002. to extend our business in North China Region.

CPhI China relocated in SNIEC: P-MEC China made its debut

CPhI China was relocated to the largest show floor in Shanghai SNIEC:P-MEC China made its debut, becoming the first derivative brand of CPhI China.

The first B2B platform of UBM Sinoexpo,JJGLE.COM(JJ means Jia Ju(Furniture))， which was officially put online in 2006.

Hi & Fi Asia-China side by side with CPhI China

Hi & Fi Asia-China moved to side by side with CPhI China in the same venue-SNIEC. where food and pharm ingredients met each other

JJGLE.COM gained an income of about 3.5 million yuan, marking the online platform Started to eam revenue.

The Pharmaceutical B2B platform www.cphi.cn was launched to make the "pharmaceutical + Internet" solutions and customized services online. In the same year, the company achieved nearly 10 million yuan from its two major B2B platforms. 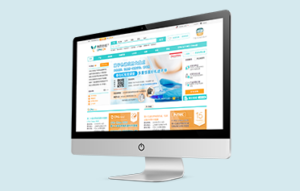 The Born of HDD -Creating an umbrella brand

The set up of Guzhen Lighting Fair(GILF)

In 2013, UBM Sinoexpo and the Guzhen government agreed to set up a joint venture, Guzhen Lighting Expo Co., Ltd, to host the annual Guzhen Lighting Fair in October. The fair split two editions in Spring and Autumn in the following year. One is domestic market oriented while the other for overseas markets. A new model of “Expo + Store” is created to bring the Expo together with several big lighting malls in Guzhen covering an area for millions Square Meters.

Starch Expo was acquired by the company to be held concurrently with Hi & Fi Asia China at the same place.

The era of online 2.5 is symbolized with the system establishment of two main B2B portals (Jiagle, Sygle) together with eight Subwebsites.

HOTELEX Chengdu kicked off, opening Up the regional development strategy

The successful launch of HOTELEX Chengdu together with the following shows in Beijing, Guangzhou, Qingdao. The four regional shows and flagship show in Shanghai has contributed Hotelex five shows a year, representing the company strategy of regional development.

The 20t' anniversary of Furniture China celebrated with New ambition

Exhibitors participating in all exhibitions of UBM Sinoexpo in2014 reached 11,100 in number.

HOTEL Plus come as the second phase of Hotelex, Both cover 200,000 sqm

The Guangzhou Office of UBM Sinoexpo was upgraded to Guangzhou Branch On February 8, 2017.

UBM Sino expo authorized one of its brands HOTELEX to the local institutions from Jakarta to host exhibition of Hotelex Indonesia. It was the first time for UBM Sinoexpo to export its show brand to overseas. 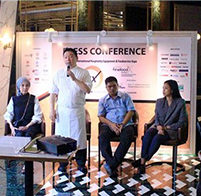 Fully in charge of CIE

In 2017. the UBM acquired All World Exhibitions. While its Chinese member CIE was then merged into our business. Both FHC and PPKC shows run by CIE were officially managed by UBM Sinoexpo.

At the end of 2018 UBM Sinoexpo’s annual turnover exceeded 1 billion (pretax RMB and the total exhibition area exceeded 1.35 million m² it ranked the 1st among all foreign funded exhibition organizers in China in terms of the number of exhibitions and exhibition area."
"Source: China Council for the Promotion of international Trade. Annual Report on China's Exhibition industry (2018).

UBM Sinoexpo acquired Shanghai Franchised Expo (SFE) which has two annual shows in Shanghai respectively in spring and autumn and develops its Chengdu edition together with HOTELEX Chengdu The show scale doubled in the following two years.

The combination of UBM and Informa PLC