#The Era of UBM Sinoexpo

#The Era of Sinoexpo Informa Markets

Hand In Hand with Chamber of Bakery, All-China Federation of Industry and Commerce

On February 8, Sinoexpo Informa Markets and All-China Federation of Industry and Commerce formed a strategic partnership in Beijing. Under the agreement, the two sides will jointly establish Guangzhou Bohong International Exhibition Co., Ltd. Which is responsible for the operation and future all-round development of the annual China Bakery Exhibition (CBE). 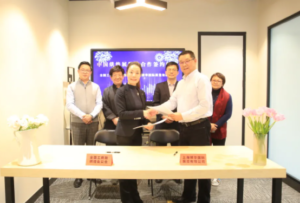 The 600,000 sqm Tourism Plus Shanghai stunned the world as an Innovative Creation to deliver four exhibitions at three key venues in Shanghai’s Pudong and Puxi

Advised by Shanghai Municipal Administration of Culture and Tourism, The first edition of Tourism Plus Shanghai (TPS) were on stage from March 29 to April 3, consisting three branded exhibitions: Hotelex Shanghai in NCEC Hongqiao, Hotel & Shop Plus in SNIEC, Pudong, and CIBS & The Lifestyle Show and a newly-launch the Themed Exhibition in SWEECC, Pudong. TPS has been listed among Shanghai's peak tourism projects in the "fourteenth five-year" period and selected as one of Shanghai's three major iconic events. With a total exhibition area of 600,000 sqm, the world’s largest trade show of its kind, TPS brought together over 5,000 exhibitors and 370,000+ professional buyers, made Sinoexpo Informa Markets the first organiser to run concurrent shows at three venues in Shanghai. 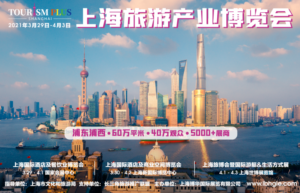 Sinoexpo Informa Markets and MFV Expositions jointly announced on June 2 that the 1st International Franchise Expo Shanghai (IFE Shanghai) would take place at the Shanghai New International Expo Centre from March 29 to April 1, 2022 during HOTEL PLUS. As the Asia debut of IFE, the Shanghai Edition will be a highlight of the franchise industry in the Asia Pacific! 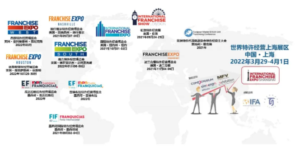 Connexion Chengdu made its debut in July 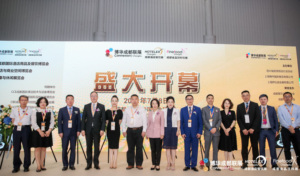 On July 16, the company’s half year meeting was successfully held in Marriot Shanghai City Center with the theme "Innovation, Reshaping, Sustainability: 2022-2032", The whole event includes meeting sessions such as keynote speeches, case sharing, brainstorm and award ceremony, reviewed the company's results in the first half of 2021, and looked into the development of the company in the coming decade. Present were nearly 100 executives and key staff from the company. 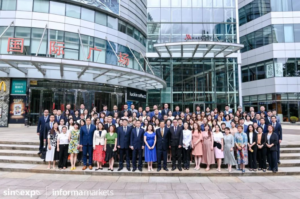 On July 28, Sinoexpo Informa Markets and CHOCOLOCO INTERNATIONAL S.A, the organizer of SDC jointly announced at a press conference in Shanghai that the 1st Salon Du Chocolate (Shanghai) would take place at the Shanghai New International Expo Centre from November 8 to 10, 2022, concurrently with FHC Shanghai Global Food Trade Show. 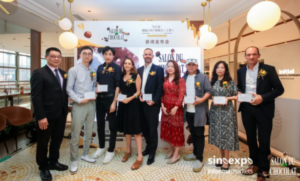 IM Sinoexpo has upgraded Internet 3.5 to Digital 4.0, which is the cornerstone of Company’s breakthrough in the next few years. Last year, the development of Online Business made some key results
- The total traffic of the two major online platforms exceeded 200 million (226,877,659), a YOY increase of 102.1%, achieving the fastest growth rate in the past few years;
- The total number of inquiries on the two online platforms exceeded 70,000 (74,374) in 2021;
- The total number of buyers of EZ Buy mini-programs exceeded 50,000 (54,627);
-3,187 business matchmakings have been made, of which online video matching accounted for 75%. It means business matchmaking shifted from offline to online, which is an innovative breakthrough in the use of new technologies;
-The total revenue of online business of 2021 increased by 15.9% than in 2020.